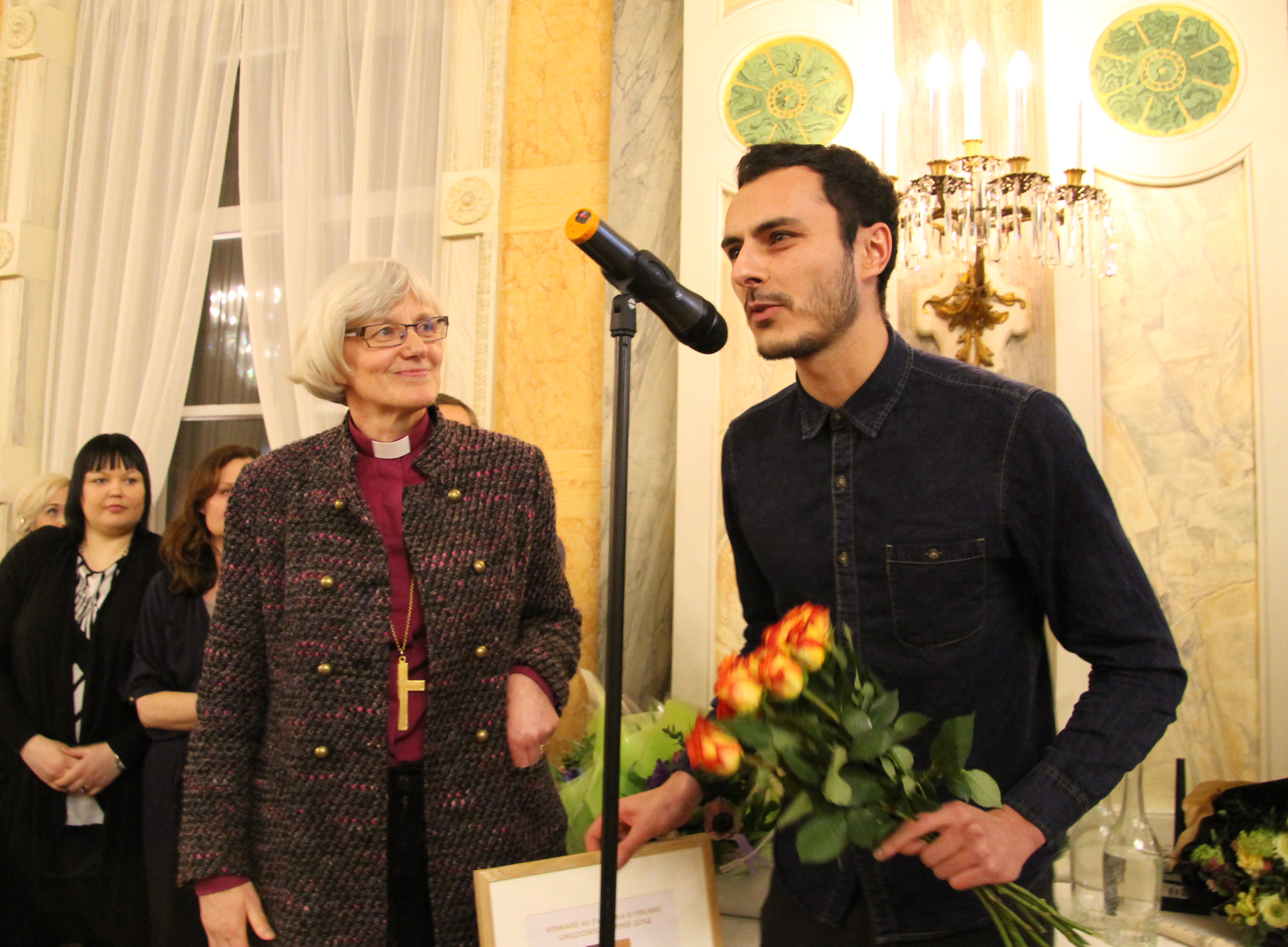 "a film with a surprisingly accurate tone, sense of humour and warmth that dares to portray tearing conflicts and fear....without any simplifications the film shows the value of companionship, trust and the courage to pursue reconciliation"

“We are honoured that BUFF has recognised the importance of the story that we told in Leave to Remain. It’s extremely important for stories that expose human rights abuses within our European cultures get made and more importantly, supported. Asylum is a human right and not something that should be stigmatized as a dirty word. So we hope this film can give dignity and hope to thousands of teenagers and children stranded in our countries without families. Thank you BUFF for this recognition, we will make sure that this award goes into more drama workshops for young displaced people. I’d also like to say thank you for showing us that we share similar views on these disheartening issues that we’re trying to bring to light. I hope this will start a domino effect and that more people in all corners of the world become aware of the change we are trying to make.”

The moment we won at the BUFF Film Festival:

Leave to Remain: "a film with a surprisingly accurate tone, sense of humour and warmth that dares to portray tearing conflicts and fear....without any simplifications the film shows the value of companionship, trust and the courage to pursue reconciliation" "BUFF aims to reach out to its young visitors with films from all over the world that help them see things in a broader perspective. Another of BUFF’s drivers is to teach young people about the influence of film in society. Films that that touch, engage and make the viewer ask questions are 100% BUFF." "WE WON BEST FILM!!!! I made a speech and the rest is history!!! Thank you all for your fantastic support! You're amazing! X"

"Our film is not just for adults, it's for teenagers... we want them to see what it's like for a disadvantaged teenager from another country to come over with no family, no parents, no money, no friends, no home, no word of the mother tongue of the country that they have ventured to. Through the film we want them to see how difficult life is, how they have had to grow up before their time.... It could be them"